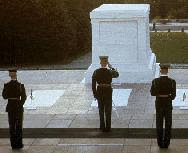 Here in the US Memorial Day has become a 3 day "vacation" weekend. Many have forgotten the true meaning of the day.

Memorial Day, originally called Decoration Day, is a day of remembrance for those who have died in our nation's service. Many cities and towns lay claim to being the birthplace of Memorial Day. Waterloo N.Y. was officially declared the birthplace of Memorial Day by President Lyndon Johnson in May 1966. It is difficult to prove the origins of the day. It is likely that it had many separate beginnings; each of those towns and every planned or spontaneous gathering of people to honor the war dead in the 1860's tapped into the general human need to honor our dead.

Memorial Day was officially proclaimed on 5 May 1868 by General John Logan, national commander of the Grand Army of the Republic, and was first observed on May 30, 1868, when flowers were placed on the graves of Union and Confederate soldiers at Arlington National Cemetery. The first state to officially recognize the holiday was New York in 1873. By 1890 it was recognized by all of the northern states. The South refused to acknowledge the day, honoring their dead on separate days until after World War I (when the holiday changed from honoring just those who died fighting in the Civil War to honoring Americans who died fighting in any war). It is now celebrated in almost every State on the last Monday in May to ensure a three day weekend for Federal holidays, though several southern states have an additional separate day for honoring the Confederate war dead: January 19 in Texas, April 26 in Alabama, Florida, Georgia, and Mississippi; May 10 in South Carolina; and June 3 (Jefferson Davis' birthday) in Louisiana and Tennessee.

To help re-educate and remind Americans of the true meaning of Memorial Day, the "National Moment of Remembrance" resolution was passed on Dec 2000 which asks that at 3 p.m. local time, for all Americans "To voluntarily and informally observe in their own way a Moment of remembrance and respect, pausing from whatever they are doing for a moment of silence or listening to 'Taps."

We had the long weekend last weekend, it was Victoria Day in celebration of the current reigning monarch in Britain. We have been celebrating the Queen's birthday since as early as 1854. Parades or festivals are held with fireworks at the end of the day.

We normally remember our soliders on Nov 11, remembrance day.

we had a wreath ceremony at the capitol building downtown. it's unfortunate that the day has become a commercial holiday.

Hope you had a good weekend . . . and Happy Belated Birthday!