After dinner we had a "flag burning ceremony". 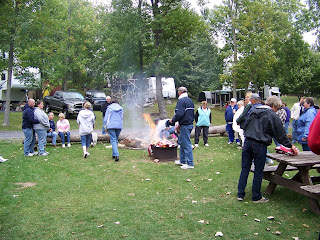 During the ceremony we had bagpipe and trumpet solos. They ended the ceremony with the playing of "Taps" on the trumpet, which brought some tears.... 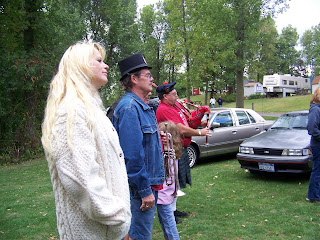 I had my camera on the dance floor. I don't think P would be too thrilled to see I posted this pic! 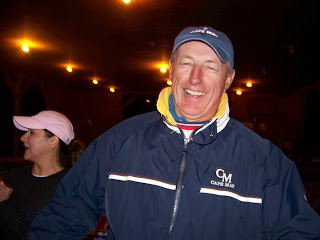 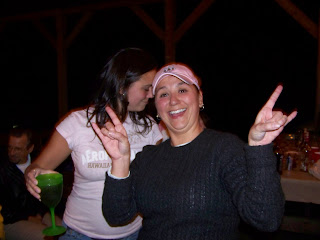 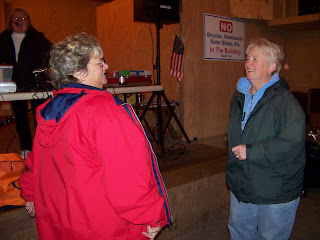 I have more dance photos, but why is it everyone had their mouth open? Didn't they see the flash????? I'll be nice and NOT post all those pics!

RPM - I'm not a big fan of pork, and this was not a BBQ, so no sauce to drown the pork in! I did however enjoy the applesauce, french bread, and of course the desserts.

This was the last get-together of the season. Hard to believe we've only spent one season here and feel like it has been forever. We continue to miss some of old friends, but have made many new ones.

Stay tuned tomarrow for the continuing saga of the Carriage House drama...or maybe better named...."as the carriage house rents.... a collection of bizarre but true tales....."

Posted by Punchbugpug at 7:57 AM

Im so glad that yall are truly happy with your new camp ground. It looks like a lot of fun was had this weekend!

That does look like a good time. Now you will have to buy some BBQ sauce in Charlotte and take it home with you. You don't like pork...oh my...
You are blessed to have a husband that will dance...I have never ever seen mine move his legs, feet or arms in a dance move ever. But if you knew my husband ...we probably all die laughing if he did get on a dance floor.

I'm not familiar with the flag burning ceremony. What is that exactly?